The 2022 Beijing Winter Olympics was held as scheduled, and athletes from all countries realized their Olympic dream in Beijing. Athletes' flexible and vigorous movements on the field is inseparable from hard training and developed motor system, but many high-intensity movements cause a great burden on Athletes' bodies, and bones and joints bear the brunt. Every year, a significant proportion of athletes regretfully end their careers through joint injuries.

Not only athletes, but also ordinary people. According to statistics, there are 39 million arthritis patients in Europe, 16 million in the United States and 200 million in Asia. For example, Germany spends 800 million euros a year and the United States spends 3.3 billion US dollars, while the world consumes a total of 6 billion US dollars. Therefore, arthritis and bone health have become a major health problem in the world.

To understand arthritis, we must first be familiar with the structure of the joint. The joints connecting the bones of the human body are surrounded by cartilage, which acts as a natural cushion to protect the joints. Some synovial fluid left between bones can lubricate bones and prevent direct friction between bones.

If the growth rate of cartilage cannot catch up with the wear rate, the result of cartilage wear is the beginning of bone damage. Once the coverage of cartilage disappears, the bones will directly collide with each other, causing bone deformation at the contact parts, and then causing abnormal bone enlargement or hyperosteogeny. It is called deformable joint disease in medicine. At this time, the joint will feel stiff, painful and weak, and the uncontrolled synovial fluid will cause swelling. 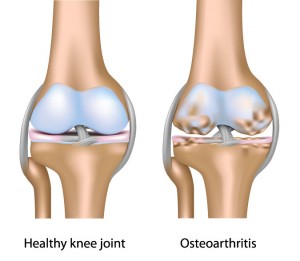 You may not know that cartilage is 100% Collagen. Although the human body can synthesize collagen by itself, the bone will be damaged because the rate of collagen producing cartilage is far less than that of bone loss. According to clinical reports, collagen can effectively reduce joint pain within a few weeks, and can promote the regeneration of cartilage and bone surrounding tissues.

In addition, some people continue to supplement calcium, but they still can't stop the continuous loss of calcium. The reason is collagen. If calcium is sand, collagen is cement. Bones need 80% collagen to adhere to calcium so that they will not lose.

In addition to collagen, glucosamine, chondroitin and proteoglycan are also the main components of cartilage reconstruction and repair. Starting from prevention, slowing down the loss and degeneration of collagen is a very necessary and effective way to strengthen bones. If it is necessary to use health care products, it is recommended to choose joint compound health care products that have been clinically proven and recognized as safe by relevant regulatory agencies.